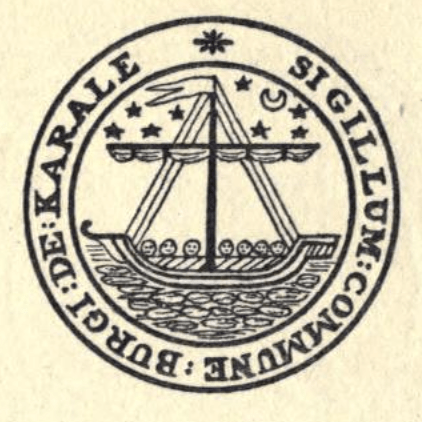 The meeting was chaired by David Mann as Hon. President.

1. Apologies were received from Ismay Scrimgeour and Margaret Mann.

2. Minutes of the AGM held 11 February 2019 were approved as read, having been proposed by Sue Jerdan and seconded by Sutherland Madeiros.

3. The Chairman’s Report was delivered by Dennis Gowans who opened with thanks to the committee, especially to Derek White for serving as treasurer during the biggest financial year the CPS has ever had, including the alterations to the constitution which were needed to temporarily hold funds for the charette (this relationship has now been wrapped up as the need for it has been removed).  The year’s major project reached a very good outcome at the doocot opening and is a wonderful piece of work.  The final funding for the doocot was only received in November meaning that there has still been much work done on the project across the year.  Now the society has completed this, it finds itself with a hefty duty of care for the doocot and has increased fixed costs as an organisation.  Following on from the generous bequest formerly given by Andrea Tilney in her will the society has now decided to establish the ‘Andrea Tilney Fund’ as the support fund for the doocot.

Dennis proceeded to note that last year the society was influenced by the local place plan to propose a different use for Denburn Park.  The only thing firmly decided at present is that the sheep will leave at the end of the month and there will be a committee meeting in March to discuss future plans, such as replacing the ageing gates and installing a path.  No other definite plans have been determined, in part due to a delay in the consultation process caused by a family bereavement on the part of the CPS’s chief advisor (Chris Broom).

He commented on the terrific work done in Denburn and noted that lots of credit is due to the enthusiastic diggers there.  He also praised the success of the golf tournament which raised over £4,000 including a single donation of £1,000.  This is a major step forward for the CPS in terms of fundraising.

Now the society will be moving on from the doocot to the mural monuments and the kirkyard.  Currently we are applying to multiple funding streams to gradually take on the several monuments and at present have £30,000 of applications outstanding, but clarification of ownership will be required for the Airdrie monument and the legal process for this (with Fife Council) will begin soon.  The fund for NE Fife Grave Dressing has been applied to and it is hoped that we will meet with a straightforward success there.  At the same time, the society has recently retained an architect for work on the Mercat Cross and good progress is being made on that front.  Dennis concluded with a reiteration of the society’s successes this year and stated that he was looking forward to forging ahead with new projects.

No questions were tendered from the floor.

4. The Planning Report was given by Paul Hutchison who observed that he had nothing to add to the Annual Report.  There is nothing overly controversial in the pipeline at the moment and it has been a relatively quiet year for planning applications.  He did, however, note a worrying tendency for individuals to go ahead with unapproved development and then ask for retrospective permission afterwards.

At this point David Mann noted thanks to Erica Hollis, Jude Gallon, Kelsey Jackson Williams, and Paul Hutchison for their contributions to the Annual Report.  No questions were arising from these.

5. Derek White presented the Annual Accounts, observing that while there was little to add to the treasurer’s report already circulated he wished to make a few comments on that report.  The doocot project is finished and the special fund set up to finance it is now sitting empty and will be closed following approval at the next committee meeting, but there is now an ongoing designated fund for maintenance of the doocot.  The overall cost of the project was £141,000 of which £124,000 was made up of grants and £17,000 came from CPS reserves or fundraising.  Derek made two comments on the project: first, that a tiny organisation with an income of ~£5,000/annum suddenly leaping forward to undertake and complete a project of this scale was an extraordinary achievement.  The members and committee should justifiably feel very proud.  The only downside, he added, is that it’s given the society an appetite for yet more projects!  Second, the committee has two masters – the members, through the constitution, but also the need to maintain ourselves as a charity following the rules laid down by OSCR.  A bit of juggling is required: we have to be both a good charity and a good burgh organisation.

Derek further commented that the recorded deficit of £12,500 was not a problem, but was related to the timing of cashflow for the doocot project.  We’re in a comfortable financial position at the moment, though we have ambitious thoughts about what more we might do.  The golf tournament was a wonderful thing for a treasurer and where would we be without the Wine Club?  They have given £1,000 during the year in question and another £2,000 recently which will be in next year’s accounts.  For this he and the rest of the society are extremely grateful.

At this point Dennis Gowans added the addendum of publicly and formally thanking Crail Golfing Society for their incredible generosity in opening their premises to the society during the golf tournament and, particularly, for offering to do so again this coming year.

Derek continued with thanks to those members who give a donation with their subscription, which he noted was very important and helps to keep the society going.  He concluded with a final comment that another regular contributor to our funds seems to have become the Royal Bank of Scotland.  After a lengthy saga of muddle and mistake, they eventually recognised and fixed an error with the signatories of the society and have given us a donation of £300 as compensation.

No questions were tendered from the floor and the accounts were approved, being proposed by David Jerdan and seconded by Paul Hutchison.

Prior to the election of office bearers David Mann minuted huge thanks to Ian Ramsay for the work and expertise he has put into the Doocot project.  Ian is retiring from the committee this year, but is unfortunately ill and so was not able to be present for the AGM.

6. This was followed by the Election of Office Bearers and Committee Members for 2020-2021.  All those proposed were elected as follows:

David Mann welcomed the new honorary vice-presidents (both in absentia) and offered a warm welcome back to Steve Illingworth.  It was good, he said, to see the society continuing with a strong committee.

I. Has there been any word on restoration work at the harbour?  Dennis Gowans answered that progress is being made through the new Harbour Users’ Association which has now developed relations with Fife Council.  Their primary concern is dredging and licensing for this is being processed.  The status of the harbour master’s office is unclear, though a planning request from the Crail Community Trust was approved.  If nothing happens in the next couple of years, the CPS will likely step forward as it’s not right for such an iconic building to be derelict.

II. Who is the land management company engaged for Denburn Park?  Dennis Gowans answered that no one has been engaged yet.  We have Chris Broom (ex-executive of Fife Coast and Countryside Trust and a Crail resident) as an informal consultant, but nothing further.

III. what is the scaffolding in Denburn Wood?  Dennis Gowans noted that it consisted of temporary buttresses relating to the collapsing east wall of the kirkyard.  The CPS would also have liked to see the trees come down, but this is apparently not possible.  There is also still work to be done on the south wall by Fife Council – only the buttresses are currently in place – but further stone work on the monuments is on hold until the chance of frost is passed.

With this the formal section of the AGM concluded, members enjoyed a glass of wine, and after a short intermission Sandy Young gave an enjoyable and informative talk on the recently concluded doocot project.